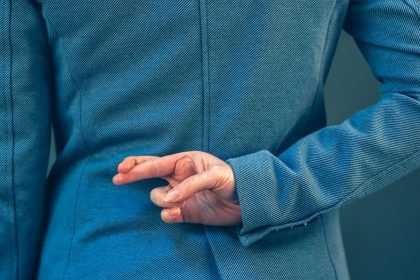 (This Information  below is provided to you free of charges. We do ask of you to make a donation to help us stay the course in helping homeowners).

California law allows persons to recover damages for intentional fraud as well as negligent misrepresentations if certain elements are sufficiently plead and proved.

Fraud is using deceit or dishonest means for the purpose of depriving another of money, property or a legal right.

This article discusses types of fraud, pleading and proving the elements thereof.

Intentional fraud and deceit occur when the perpetrator uses deceit (false important facts) to convince the victim to rely on the false facts. Then the victim reasonably relied on and was harmed by the deceit.

Promissory fraud occurs when the perpetrator makes a promise that is important to the transaction that he or she never intends to (and never does) perform, in order to induce the victim to rely victim rely on the promise. Then the victim must reasonably rely on and be harmed by the false promise.

Compare breach of contract where a party makes a genuine promise but later breaks the promise.

Embezzlement: “Embezzlement is the fraudulent appropriation of property by a person to whom it has been intrusted [entrusted]” (Criminal CA Penal Code Section 503). From the civil relief standpoint, embezzlement may create various causes of action such as, for example, conversion (wrongful taking of property), fraud, and breach of fiduciary duty.

PLEADING FRAUD / MISREPRESENTATION IN A COMPLAINT:

In a case where misrepresentations are repeated often, the plaintiff must at least allege a representative selection of the misrepresentations sufficient enough for the trial court to ascertain if the statements were material and actionable. (Goldrich v. Natural Y Surgical Specialties, Inc. (1994) 25 Cal.App.4th 772, 782-783; Committee on Children's Television, Inc. v. General Foods Corp. (1983) 35 Cal.3d 197, 216 and 218.)

The tort of deceit or intentional fraud requires that each and all of the following elements be proved:

(b) knowledge of falsity (or ‘scienter’);

The representation must normally state a fact rather than an opinion. Puffing or sales talk is generally considered an opinion (unless dealing with product safety). (Hauter v. Zogarts (1975) 14 Cal.3d 104, 112).

“…false representations made recklessly and without regard for their truth in order to induce action by another are the equivalent of misrepresentations knowingly and intentionally uttered.” (Yellow Creek Logging Corp. v. Dare (1963) 216 Cal.App.2d 50, 55.)

“Causation requires proof that the defendant’s conduct was a ‘substantial factor’ in bringing about the harm to the plaintiff.” (Williams v. Wraxall (1995) 33 Cal.App.4th 120, 132.)

The tort of deceit or fraud by a false promise requires that each and all of the following elements be proved:

(1) a promise made regarding a material fact without any intention of performing it;

(2) the existence of the intent at the time of making the promise;

(4) the promise was relied on by the party to whom it was made;

(5) the party making the promise did not perform;

(6) the party to whom the promise was made was injured.

A promise is fraud only if made without a present intent to perform. An honest and good-faith promise without intention to deceive and in the honest expectation that it will be fulfilled, even if not carried out, is not fraud. (Magpali v. Farmers Group, Inc. (1996) 48 Cal.App.4th 471, 481).

The tort of deceit or fraud by concealment requires that each and all of the following elements be proved:

“(1) the defendant must have concealed or suppressed a material fact,

(2) the defendant must have been under a duty to disclose the fact to the plaintiff,

(3) the defendant must have intentionally concealed or suppressed the fact with the intent to defraud the plaintiff,

(4) the plaintiff must have been unaware of the fact and would not have acted as he did if he had known of the concealed or suppressed fact, and

(5) as a result of the concealment or suppression of the fact, the plaintiff must have sustained damage.”

The tort negligent misrepresentation (also known as “constructive fraud”) requires that each and all of the following elements be proved:

“(1) a misrepresentation of a past or existing material fact,

(2) without reasonable grounds for believing it to be true,

(3) with intent to induce another’s reliance on the fact misrepresented,

(4) ignorance of the truth and justifiable reliance thereon by the party to whom the misrepresentation was directed, and

“Where a person makes statements which he does not believe to be true, in a reckless manner without knowing whether they are true or false, the element of scienter is satisfied and he is liable for intentional misrepresentation.” (Yellow Creek Logging Corp. v. Dare (1963) 216 Cal.App.2d 50, 57)

” If defendant’s belief is both honest and reasonable, the misrepresentation is innocent and there is no tort liability.” (Diediker v. Peelle Financial Corp. (1997) 60 Cal.App.4th 288, 297.)

“In its generic sense, constructive fraud comprises all acts, omissions and concealments involving a breach of legal or equitable duty, trust, or confidence, and resulting in damage to another… Constructive fraud exists in cases in which conduct, although not actually fraudulent, ought to be so treated--that is, in which such conduct is a constructive or quasi fraud, having all the actual consequences and all the legal effects of actual fraud.” (Estate of Arbuckle (1950) 98 Cal. App. 2d 562, 568; See also Santa Cruz v. McLeod (1961) 189 Cal. App. 2d 222, 234.)

MISREPRESENTATION CLAIMS AGAINST GOVERNMENT ENTITIES AND/OR ITS EMPLOYEES:

Government Entity Immunity: A public entity is absolutely immune, that is, not liable (not legally responsible) for damages caused by any public employee's intentional or negligent misrepresentation (Government Code Section 818.8).

Government Employee Immunity: Further, the public entity's employee is immune any intentional or negligent misrepresentation unless he or she is guilty of "actual fraud, corruption or actual malice." (Government Code Section 822.2).

The employee "immunity afforded by Government Code section 822.2 applies unless, in addition to the essentials of common law deceit, a public employee is motivated by corruption or actual malice, i.e., a conscious intent to deceive, vex, annoy or harm the injured party in his business" (Schonfeld v. City of Vallejo (1975) 50 Cal. App.3d 401, 409-410).

Defamatory False Statements: Tort causes of action involving false statements based on reputational harm (defamation, libel, slander, trade libel, and intentional interference) are not included within the "deceit" rubric identified by the California Supreme Court when it interpreted Government Code sections 818.8 and 822.2 because they involve reputational harm for which the legislature did not intend to grant immunity (City of Costa Mesa v. D'Alessio Investments, LLC (2013) 214 Cal.App.4th 358, 383).